Thanks to Penguin Random House for hosting this blog tour. I have already read so many great things about this book. I have added it on my Autumn tbr together with other books with witches. 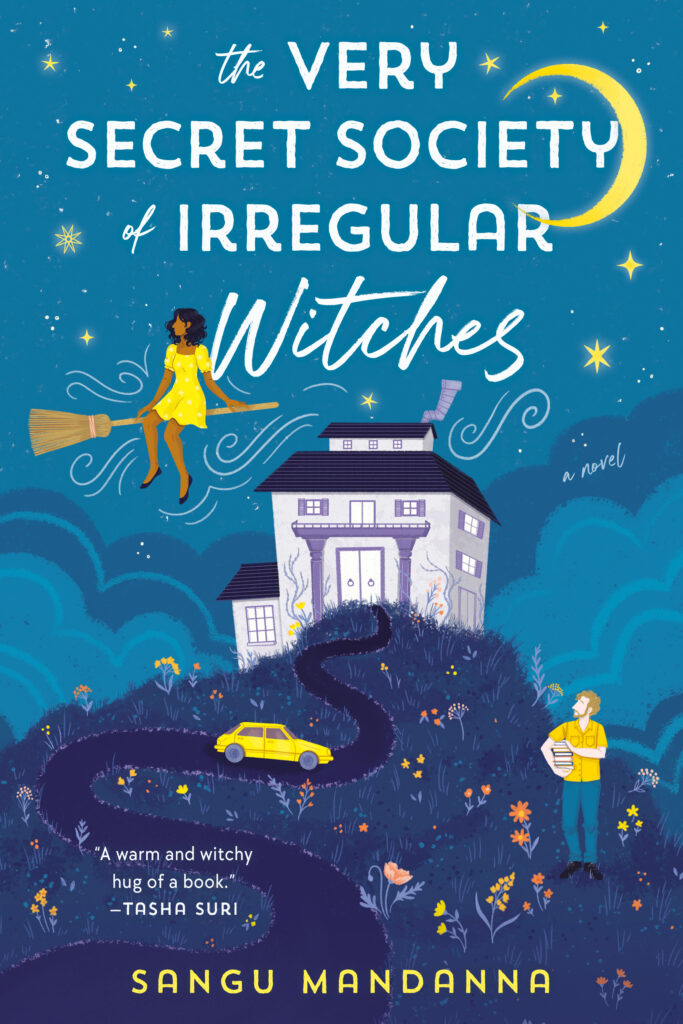 A warm and uplifting novel about an isolated witch whose opportunity to embrace a quirky new family—and a new love—changes the course of her life.

As one of the few witches in Britain, Mika Moon knows she has to hide her magic, keep her head down, and stay away from other witches so their powers don’t mingle and draw attention. And as an orphan who lost her parents at a young age and was raised by strangers, she’s used to being alone and she follows the rules…with one exception: an online account, where she posts videos “pretending” to be a witch. She thinks no one will take it seriously.

But someone does. An unexpected message arrives, begging her to travel to the remote and mysterious Nowhere House to teach three young witches how to control their magic. It breaks all of the rules, but Mika goes anyway, and is immediately tangled up in the lives and secrets of not only her three charges, but also an absent archaeologist, a retired actor, two long-suffering caretakers, and…Jamie. The handsome and prickly librarian of Nowhere House would do anything to protect the children, and as far as he’s concerned, a stranger like Mika is a threat. An irritatingly appealing threat.

As Mika begins to find her place at Nowhere House, the thought of belonging somewhere begins to feel like a real possibility. But magic isn’t the only danger in the world, and when peril comes knocking at their door, Mika will need to decide whether to risk everything to protect a found family she didn’t know she was looking for….

When the spellwork part of the meeting was complete, Primrose cleared her throat. “Finally, does anyone have any news they’d like to share?”

“It’s okay to say it’s time to gossip, Primrose,” Mika said merrily. “We all know that’s what comes after the spellwork.”

This was patently untrue, however, because gossiping was precisely what they proceeded to do.

“My ex-husband wanted to get back together last week,” said Belinda Nkala, who was in her forties and never had time for anyone’s nonsense. “When I turned him down, he informed me
that I am apparently nothing without him. Then he left,” she added calmly, “but I fear he’s going to be suffering from an inexplicable itch in his groin for a few weeks.”

Several witches laughed, but Primrose set her lips in a thin line. “And have you been playing such petty tricks lately, Mika?”

“Oh, for the love of fucking god, Primrose, what does this have to do with me?”

“It’s not an unreasonable question, precious. You do like to take risks.”

“For the millionth time,” Mika said, irked beyond belief, “I post videos online pretending to be a witch. It’s just a performance.” Primrose raised her eyebrows. Mika raised hers right back. “Hundreds of people do the same thing, you know. The whole witch aesthetic is very popular!”

“Witchcore,” Hilda said, nodding wisely. “Not quite as popular as cottagecore or fairycore, but it’s up there.”

Everyone stared at her.

“I didn’t know fairies were real!” shouted Agatha Jones, who was almost as old as Primrose and tended to believe all young people needed to be shouted at lest they miss the import of her
pronouncements. “Whatever next!”

“You see, Primrose?” said Mika, ignoring this interruption. “People call themselves witches all the time. I’m not putting myself or you or anyone else at risk. Nobody who watches my videos thinks I’m actually a witch.”

It was unfortunate for Mika, then, that at that precise moment, over five hundred miles away, in a big house in a quiet, windy corner of the Norfolk countryside, a skinny old man in a magnificent
rainbow scarf and enormous fluffy slippers was saying exactly the opposite.

This came from Jamie, the scowling librarian, who was not in fact the skinny old man in the scarf and slippers. That was Ian. And the third person in the library was Lucie, the housekeeper,
a chubby, round-cheeked woman in her fifties, who sighed as if she knew exactly how this argument was going to go. (She did know, and she was right.)

Ian smoothed down the tail of his scarf and replied, in the deep voice that had charmed audiences in many a small theatre over his eighty-odd years, “Don’t be difficult, dear. It doesn’t become
you.”

Jamie was unmoved by this criticism. “You can’t seriously be considering bringing that” -and here he jabbed a finger at the dewy, sparkly face on the screen of Ian’s phone-” into the house?”

Mika would have been immensely gratified to hear this, had she been there, but it looked like her double bluff had not hoodwinked Ian.

“She’s a real witch,” he insisted.

“How the hell can you possibly know that?”

“I have excellent observation skills. Just watch part of the video.” Ian wiggled his phone like he was dangling a lollipop in front of a toddler. “A minute. That’s all I ask.”

Jamie’s glare stayed firmly in place, but he crossed his arms over his chest and leaned back against his desk to look over Ian’s shoulder. Gleeful, Ian tapped the screen and the video started
to play.

Copyright © 2022 by Sangu Mandanna. Excerpted by permission of Berkley. All rights reserved. 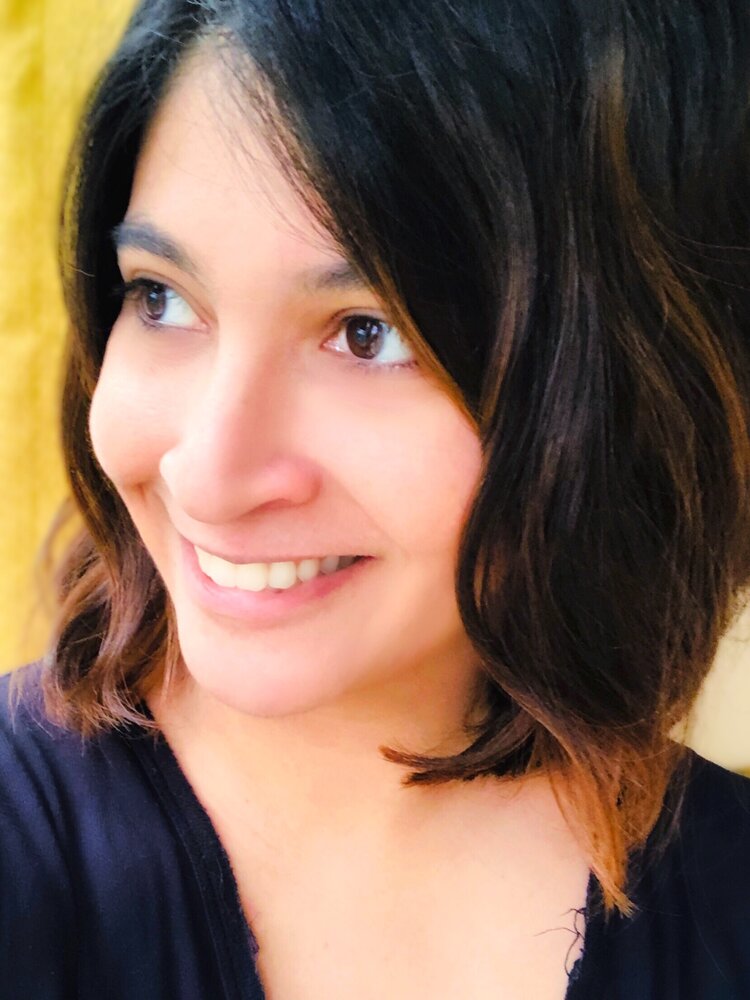 Sangu Mandanna is the author of The Very Secret Society of Irregular Witches, Kiki Breaks a Kingdom, and several other novels about magic, monsters and myths. She lives in Norwich, a city in the east of England, with her husband and three kids. Sangu Mandanna is available for interview.