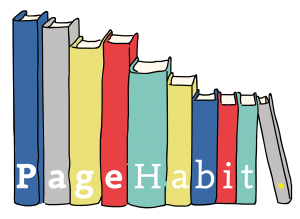 "The world is a metaphor, Kafka Tamura"... and so is this book. 🙌🏼
What are you reading this weekend? If you're not, any exciting plans? I just finished my 2nd read (After the Quake) for the MurakamiMarathon so i'm already done. I'm thinking of listening to the audio of A Court of Silver Flames and I also want to finish Last Night at the Telegraph Club. Happy Friday! Take some rest and stay safe. ♥️
Name some of your favorite sci-fi novels. Mine is The Never Tilting World by Rin Chupeco and Ignite the Stars by Maura Milan. 🙌🏼 I don't regularly read sci-fi novels but when I do, I always end up loving them. 🥰
@prhinternational #partner | Happy Pub Day to LIKE HOME by Louisa Onomé! 🎉 Here's the full synopsis: "Chinelo, or Nelo as her best friend Kate calls her, is all about her neighborhood Ginger East. She loves its chill vibe, ride-or-die sense of community, and her memories of growing up there. Ginger East isn't what it used to be, though. After a deadly incident at the local arcade, all her closest friends moved away, except for Kate. But as long as they have each other, Nelo's good. Only, Kate's parents' corner store is vandalized, leaving Nelo shaken to her core. The police and the media are quick to point fingers, and soon more of the outside world descends on Ginger East with promises to "fix" it. Suddenly, Nelo finds herself in the middle of a drama unfolding on a national scale. Worse yet, Kate is acting strange. She's pushing Nelo away at the exact moment they need each other most. Nelo's entire world is morphing into something she hates, and she must figure out how to get things back on track or risk losing everything⁠—and everyone⁠—she loves."
I'm starting the #MurakamiMarathon with KAFKA ON THE SHORE. I dnf-ed this one last year because I couldn't seem to focus on the story but I want to try it again. I don't think i'll get a lot of reading today so i'm officially starting tomorrow. What are you reading? 😊
Expectation vs. Reality