*Huge thanks to PRHInternational/PRHGlobal, and NetGalley for my free e-galley.
This did not affect my overall opinion of the book.

It’s been eighteen months since the Raxter School for Girls was put under quarantine. Since the Tox hit and pulled Hetty’s life out from under her.

It started slow. First the teachers died one by one. Then it began to infect the students, turning their bodies strange and foreign. Now, cut off from the rest of the world and left to fend for themselves on their island home, the girls don’t dare wander outside the school’s fence, where the Tox has made the woods wild and dangerous. They wait for the cure they were promised as the Tox seeps into everything.

But when Byatt goes missing, Hetty will do anything to find her, even if it means breaking quarantine and braving the horrors that lie beyond the fence. And when she does, Hetty learns that there’s more to their story, to their life at Raxter, than she could have ever thought true. (via Goodreads) 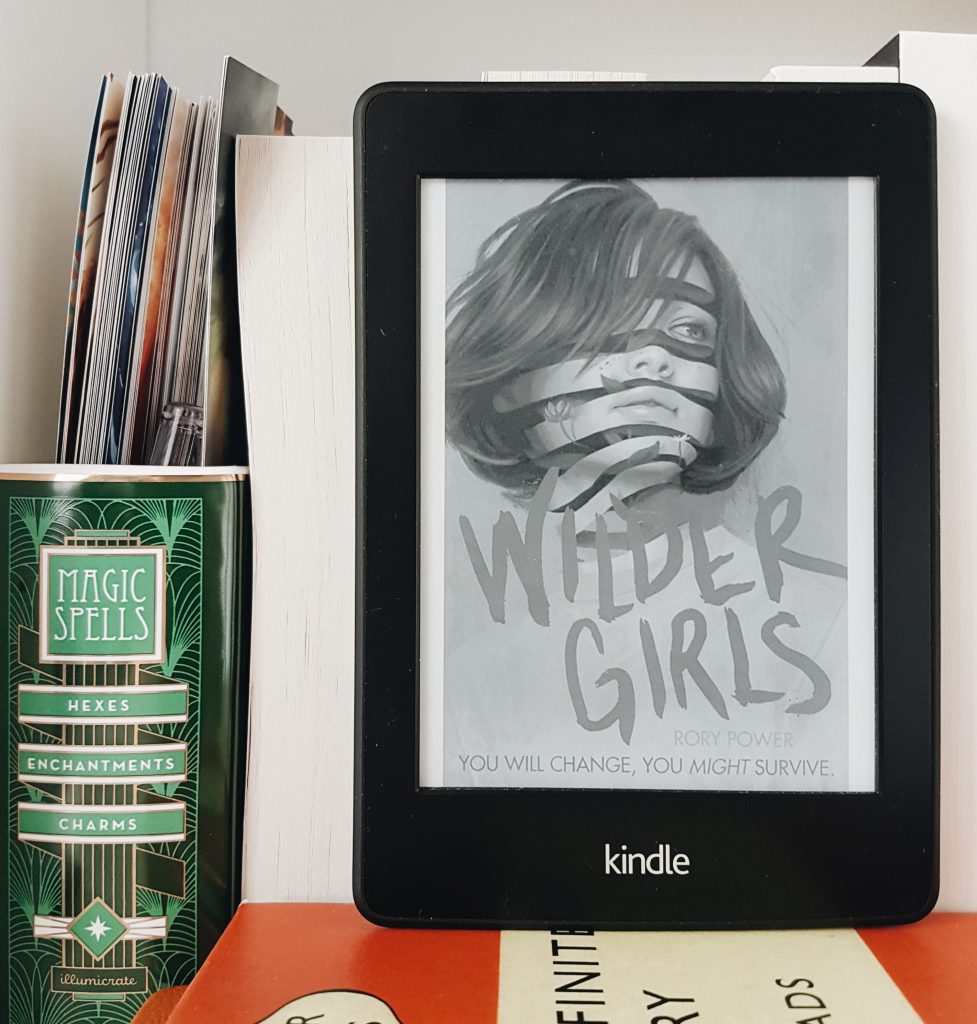 The story was set on Raxter Island roughly two years after a plague or an infection (I’m not really sure which) called Tox took over which put an all-girls boarding school under quarantine. The Tox causes body mutation and deformities and worst, death. The remaining girls and their teachers are cut off from the rest of world and trying to survive with very limited supplies being dropped offshore by the CDC and U.S. Navy. There’s still no cure but they’re working on it. Among the remaining girls are Hetty, Byatt, and Reese. So when Byatt suddenly disappears, Hetty and Reese will does everything to find her and bring her back even it means breaking the rules.

There were few things that I liked in this book aside from the stunning cover. There were some gore and graphic scenes which I personally enjoyed reading. The idea of the story wasn’t entirely unique but it’s still fascinating in my opinion. Same goes with the atmosphere in this book. But I thought the delivery and overall execution were lacking.

I didn’t connect to any of the characters. Probably a little with Byatt but not enough for me to root for her throughout the story. I really wished there were some more backstories of the main characters and also the Tox.

This book is written in dual perspectives and it took awhile for me to get into the style of writing. Hetty’s perspective was confusing to read which I thought was okay because she’s also clueless of what’s really happening and disoriented most of the time. But her internal monologue didn’t really work out good for me. I enjoyed Byatt’s perspective more than Hetty’s. The sapphic romance felt forced and it hardly exists so I was not really sure what to do or how to feel about it.

The last few pages and the ending felt so abrupt and anticlimactic. I don’t really have problems with books with open endings (especially if there’s a sequel) but this one was just frustrating in my opinion. The characters were trying to figure it out but it just became more and more confusing and abdurd at some point. There were so many unanswered questions left. I really wanted to love this book but unfortunately, it left me unsatisfied and confused.