It’s not safe for anyone alone in the woods. There are predators that come out at night: critters and coyotes, snakes and wolves. But the woman in the red jacket has no choice. Not since the Crisis came, decimated the population, and sent those who survived fleeing into quarantine camps that serve as breeding grounds for death, destruction, and disease. She is just a woman trying not to get killed in a world that doesn’t look anything like the one she grew up in, the one that was perfectly sane and normal and boring until three months ago.

There are worse threats in the woods than the things that stalk their prey at night. Sometimes, there are men. Men with dark desires, weak wills, and evil intents. Men in uniform with classified information, deadly secrets, and unforgiving orders. And sometimes, just sometimes, there’s something worse than all of the horrible people and vicious beasts combined.

Red doesn’t like to think of herself as a killer, but she isn’t about to let herself get eaten up just because she is a woman alone in the woods. (via Goodreads) 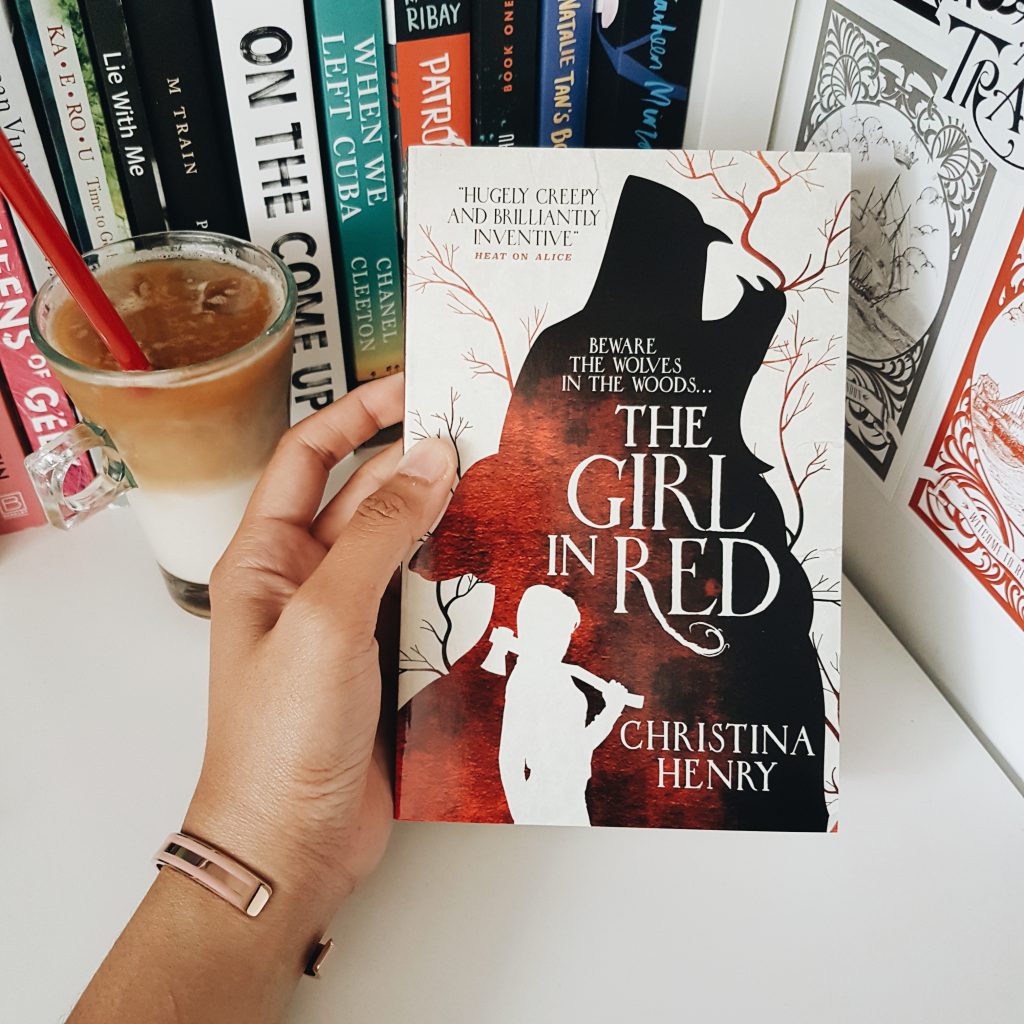 The Girl in Red is a post-apocalyptic retelling of one of my most favorite tales, Little Red Riding Hood. We have Red, our main character, who is on her way to her grandmother’s house for safety after a mysterious virus outbreak (also called as the “Crisis”) has wiped out a large majority of the population in the United States.

I was immediately drawn to Red and her story. She’s an amazing protagonist. She is flawed but she also has a lot of characteristics that I really liked. She’s clever, determined, and fierce. Having a prosthetic leg doesn’t stop her from taking a very dangerous and frightening journey through the woods. I also liked that she’s biracial and queer.

The story is told from Red’s perspective and alternates between the past and present. Through this, we get to see how she ends up alone in the forest with an ax protecting herself from the “wolves”. Her excellent surviving skills which she learns from reading books and watching horror films help her to navigate her way to her grandma’s remote cabin in the woods.

I really liked that the wolf (rather wolves) in the story is not an actual wolf like in the tale. I have only read The Mermaid last year and the author’s writing was one of my favorites. Though the writing style was undeniably great, I had mixed feelings about the ending of this book. I though it was too abrupt which made me feel quite disappointed. I wanted to know more about the “Crisis”. How and why it all started? Also, what about gradma? I was completely immersed in the story so the open ending style didn’t work out perfectly for me.

The Girl in Red was a very entertaining read. It’s dark, fast-paced, and gripping. I would recommend this especially if you enjoy retellings with strong protagonist and don’t mind an open-ended narrative.

Disclaimer : Huge thanks to Titan Books for sending me a free copy. This did not affect my overall opinion of the book.