This is the fifth book in the Miss Marple series and my second read from Agatha Christie. I totally enjoyed And Then There Were None (ATTWN) so I’ve decided to read more of Christie’s novels and luckily, three of my favorite bookstagramers are hosting #QueenofCrimeReadalong, an Agatha Christie-themed readalong. 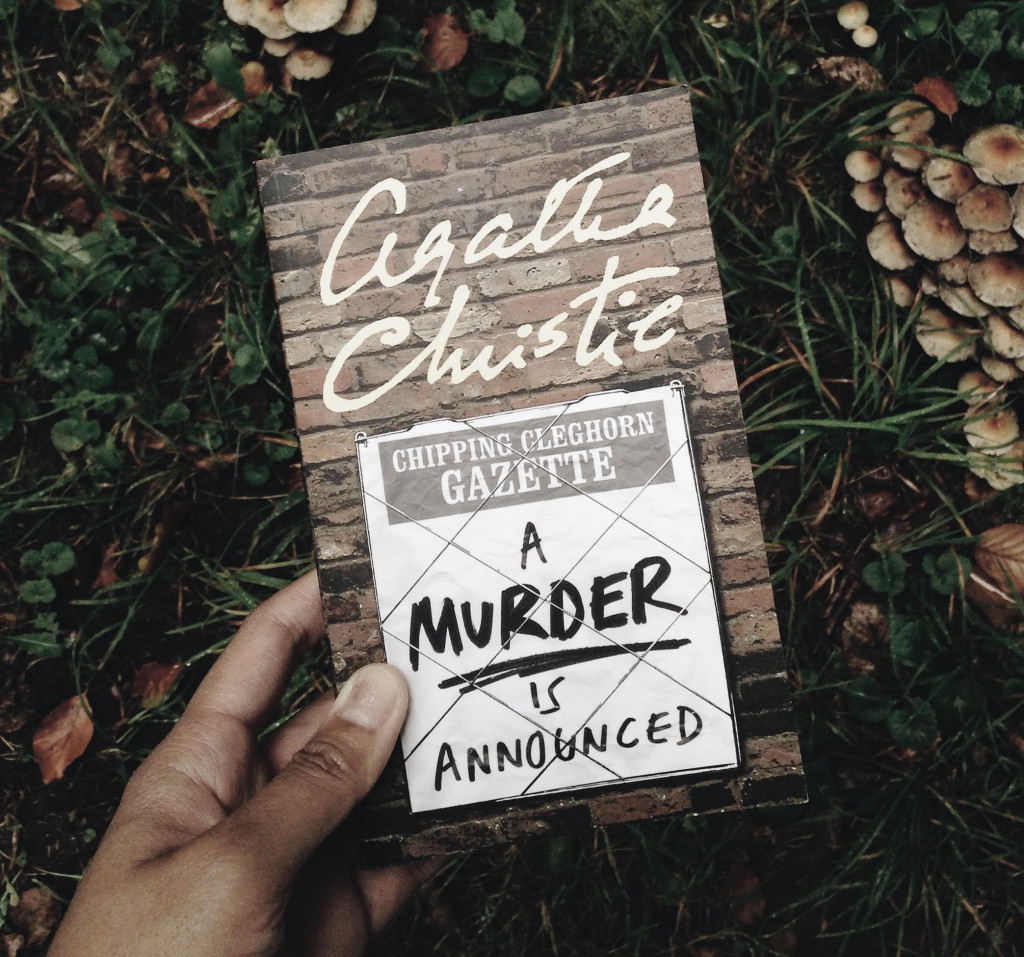 “A murder is announced and will take place on Friday, October 29th, at Little Paddocks, at 6:30 p.m. Friends accept this, the only intimation.”

Just like the residents of Chipping Cleghorn, I bet you’ll also get nosy once you’ve read this announcement. You will also think that this must be a “murder game”.

The residents begin to arrive and at exactly 6:30, the lights turned off. A person with a torch enters and three shots are fired. When the lights turned on, a dead guy with a mask is lying on the floor with a revolver on his side. Did he commit suicide? Or someone shot him?

Interesting characters and brilliant plot twists. The writing style is really impressive and easy to read. I think it’s quite hard if the reader is trying to solve the mysteries and understand big words/symbols at the same time.

Just like with ATTWN, I almost suspected every one and it turned out that the very first person I suspected is the real “murderer”. Yay for me!

Since this book is a part of Miss Marple series, I was expecting to see more of her. I was a little disappointed because she was not really mentioned until Chapter 8 (maybe it’s supposed to be like that.) but I can say that I enjoyed her way of “investigating”.

I loved the ending but I was hoping that the “suspect” will tell his/her side of the story. I think it’d be more interesting to know his/her own reasons instead of Miss Marple and Inspector Craddock connecting all the clues. Also, I was quite shocked when I read the word “Pussies” (like “The super Pussy of all old Pussies.”) but then, this novel was originally published in 1950 where the definition of this word is totally different from what we know today.

A Murder is Announced shows us how powerful money is and how it can change a person. I highly recommend this book to everyone. Read this book and…

“Use that fluff of yours you call a brain.”

One thought on “Book Review : A Murder is Announced by Agatha Christie”