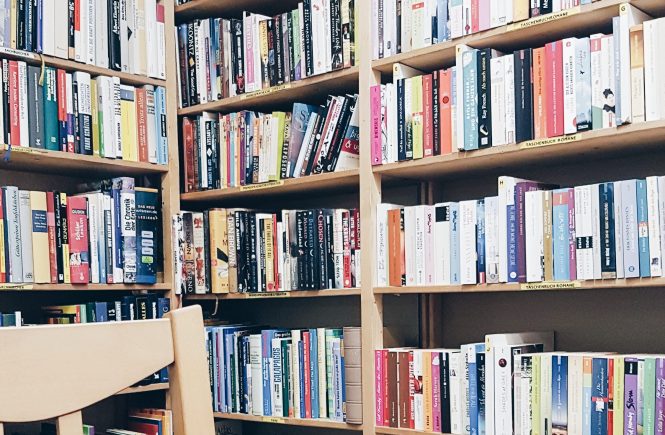 The last time she did, it was an accident, but The Reestablishment locked her up for murder. No one knows why Juliette’s touch is fatal. As long as she doesn’t hurt anyone else, no one really cares. The world is too busy crumbling to pieces to pay attention to a 17-year-old girl. Diseases are destroying the population, food is hard to find, birds don’t fly anymore, and the clouds are the wrong color.

The Reestablishment said their way was the only way to fix things, so they threw Juliette in a cell. Now so many people are dead that the survivors are whispering war – and The Reestablishment has changed its mind. Maybe Juliette is more than a tortured soul stuffed into a poisonous body. Maybe she’s exactly what they need right now.

Juliette has to make a choice: Be a weapon. Or be a warrior.x

Juliette’s touch can kill and she accidentally murdered a small kid. She has been locked up in an asylum and hasn’t seen or touched another person for quite a long time until Adam, a guy she knew, steps inside her cell.

The main character, Juliette, has a “special power” but I feel like it’s useless in this book. I get that she’s alone most of her life, didn’t have friends and has been neglected by her parents but maybe she could’ve stopped whining about it and did something about her power to protect herself. Adam came and Juliette became dependent on him. It happened to be that they already “love” each other eversince but they didn’t know about it because they never talked. The romance between Juliette and Adam, though hot and heavy, didn’t excite me at all. I was interested to know more about Warner, Kenji, and Adam’s little brother (James).

The writing style was good and bad at the same time. Good because it’s very descriptive, it has similes and metaphors. Bad because they are too much and some of them were so weird (for me) and just didn’t make sense at all. The author used these metaphors to express Juliette’s thoughts which was a good thing because these shows how unstable Juliette is but later on these became disturbing. Here is an example:

“The sky is raining bricks right into my skull.”

The first book I’ve read with strike-through was David Levithan’s Every You, Every Me and I don’t have problems with this tool. The repeating of words can also be annoying sometimes. I showed the (whole) page where it has “” to my fiance and he told me “She is totally insane”.

I thought this was more of a romance novel than a dystopian fantasy and that Juliette’s power is the same with Queen Elsa of Arendelle (Frozen) except the freezing thing. I also didn’t have an idea that this book was described as a combination of The Hunger Games and X-Men. I just realized that it’s similar to X-Men on the last pages of the book but I didn’t notice any from THG except when The Reestablishment (the organization or government) was mentioned.

There are things I enjoyed in this novel so I will still be reading the rest of the series. I’m holding on to Juliette’s last words and hoping to see more of her bad-ass side.