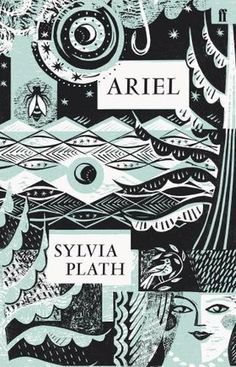 Ariel was the second book of Sylvia Plath’s poetry to be published, and was originally published in 1965, two years after her death by suicide. The poems in Ariel, with their free flowing images and characteristically menacing psychic landscapes, marked a dramatic turn from Plath’s earlier Colossus poems.

This looks intriguing. Sylvia Plath’s The Bell Jar is also on my TBR list, well, for quite some time now.

Frankenstein by Mary Shelley has been on my Halloween tbr list for ages now and I still haven't read it. Haha. I'm bad with classic novels so that's probably why. Have you read this one? Did you like it? Happy Monday!
Happy Friday! What's your weekend look like?
#tbrtalk tag! I thought it's fun to do it after seeing it weeks (or months?) ago on @bookshelfkeeps.
Book Review || Afterlove by Tanya Byrne
#whatthisweek
#shelfiesunday shades of pink edition! Have you read any from these books?